What Humble Did: Episode 3 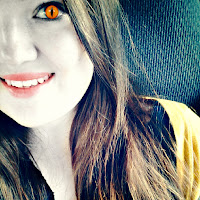 Hello!
It is I, your friendly Humble, here to tell you all the totally important shenanigans that are going on in my life and on my page.
What? 2 blog posts in 1 week!?
CRAZY.
Let us start with how my morning went.
Well, it really started last night so I will back track.
Last night I saw a pair of sweat pants in a hamper and since I didn't really feel like sleeping in my jeans, which by the way I do all of the time. It just makes the whole morning a lot smoother not having to figure out where I wandered to in my half awake half zombie state and decided to drop my pants and go to bed. I say "going to bed" but really, it is more like falling slowly from wherever I am standing, towards the direction of my bed. Sometimes if I am lucky I make it to the actual bed and no one has to find me asleep in the kitchen with my pants hanging off of my feet.
So I saw the pair of sweat pants and thought that wearing them was the best idea I ever had. I even thanked myself for washing them and leaving them clean in the hamper ready for me to accidentally find.
"Go me!" I thought as I dozed off half way on the bed with my legs hanging off, waiting for imminent disaster to strike. Which it most often does, as soon as I put one foot in a sheet. Examples as of late, are sudden screaming disease, sudden my leg hurts disorder, sudden paranoia of what Jesus meant when he said he was coming back and should we get a dog to alert us of this zombie man coming into our house?
Which are all very real afflictions that my children have been diagnosed with.
Soon enough it is time to get up and get the kids up.
Everything that can go wrong, does.
Kids delay eating their breakfast and are fighting.
Instead of putting the socks on that I gave him, Han stares at the wall until he asks me about how many grenades would it take to destroy our house.
Sprite is deciding that she doesn't like her shorts and is going to wear her pants, but not just any pants, it has to be the pants that  I haven't seen in 6 months.
She also can't find her shoes.
Now I know what you are thinking, which is what I was thinking.
DISCIPLINE! ORDER! PREPARATION THE NIGHT BEFORE!
Well that is all super swell, but when you are trying to catch your baby before he takes a nose dive off the couch, so you can change his shitty diaper, feed him something and you still haven't peed or made coffee or anything. It is hard to get into that mode of "children assemble or ELSE" frankly, I am just going from one point to the next to get out of the gosh dang house on time. All this discipline shit is going to do in that moment is piss people off, make them refuse to go to school, etc. And I am definitely not in the mood for taking that fucked up detour.
So eventually we get in the van and are on our way.
About 3 blocks away I realize school has started 4 minutes ago.
I immediately get pissed.
And embarrassed.
Why am I always late to everyfuckingthing!?!?
It is annoying to not only the folks that put up with me, but I hate it too.
And so I start to pep talk myself out of my cry baby moment:
It's okay, they are not that late, it will be fine, I can just walk in the office and be all nonchalant and "good morning!" and they will just see that I am totally competent and that even though they have been late at least 6 times this year, it is because they are punk kids that can't get their shit together, and it is I, their beautiful mother who is leading by example and someday these kids WILL have their shit together because I am such a role model for that sort of thing.
I am like Mother Theresa to these children, I swear.
~Wait.....walk in the office?
I AM STILL WEARING THE SWEAT PANTS!
It's okay, I say, no one will see me. My children are so beautiful and popular that when I get out of the car anyone who sees us will have all their focus on them and think "Look at those great kids, I totally notice nothing in the world right now but them"
So we get out of the van.
2 other little girls are late and getting out of their car.
Their mother waves bye to them and they walk to the office.
Whoa whoa, what the hell? I have to walk up and go into the office and this broad just waves and leaves? I have tried the same thing and get a call from the office as soon as I leave the parking lot!
Then I see the principal coming out of the office door, surely, he will tell their mother something, I seek justice and also validation that I am clearly the parent who knows the rules.
He waves to her and says "Better late than never! Have a great day!"
You are joking me.
Then he turns and he sees me, and averts his gaze, saying nothing.
What are these sweat pants giving you a boner!?

It's like I am in High School and have a zit that no one could probably see and I am responding to everyone with "what the hell do you want, it's a zit alright?! JUST LEAVE ME ALONE"

So I go in the office, tell the office ladies that we are approximately 6 minutes late, and they give the kids their late passes and I exit the building as quickly as possible.
As I am walking to the van another parent, walking along the same sidewalk says "Had a late morning?" and there was something in his voice....a little too "I just shit money and this day is AWESOME!"  and I respond with "No I just like looking like this and being late, DUH"
And I got in my van before I could even hear his response. You know, as I was sitting there, I felt kind of bad. Like, maybe sweat pants aren't that big of a deal, you know?

And then I realized the period stain in the crotch.

And that is why I am sleeping in my jeans for the rest of my life. 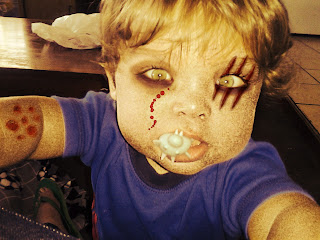 
Also my brother Danie's donation fund is still happening!!
You can find out more about the fund to fix Danie's teeth by clicking HERE
Any amount helps!

And in case you missed it, because Facebook is Facebook, I posted the 2nd part to my compassion series yesterday, you can find read  both Part 1 and Part 2 by clicking the links.

Email ThisBlogThis!Share to TwitterShare to FacebookShare to Pinterest
Labels: what Humble did, what I do all day

Here you will find words I write, lunacies, tid bits of info you probably didn't need, and general dicking around, in an attempt to leave a positive mark on the planet, or at the very least the people who read this, mainly because I have a lot kids, and I am pretty sure they can be blamed for at least 18 polar bear deaths. Sorry bout that, Earth.

Join the Humble Connection. Or give me your cat.

Get me all up in your inbox. Follow me by email!